'We have about 18 different projects underway but we've achieved' only one value-based deal, Pfizer CEO Ian Read says. 'The risks and incentives have to be with the providers. … That's how you get the best health care.' 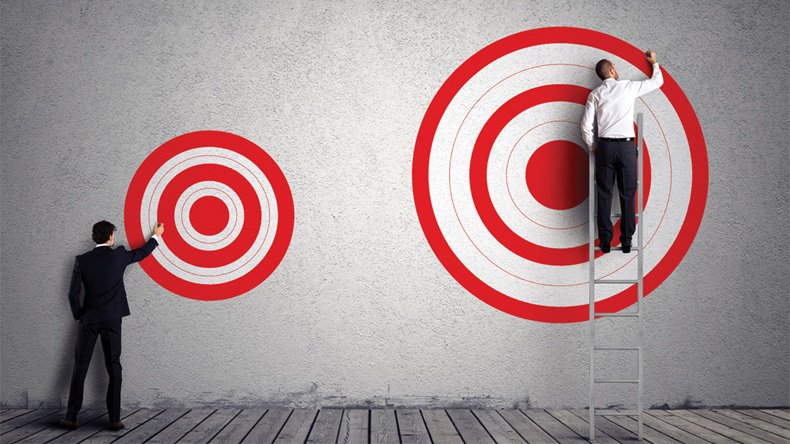 Pfizer Inc. has been slower than some of its peers in executing value-based contracts with payers and that's because it believes that meaningful deals aren't very workable in the current system, Chairman and CEO Ian Read suggested during a policy discussion on health care system value in Washington, DC Sept. 19.

"We've been struggling to do value-based contracting with payers and providers," he said. "We have about 18 different projects underway but we've achieved [only] one." A company spokesperson would not disclose what drug is covered by the contract but said it involves a "major" Medicare Part D plan.

Read maintained that Pfizer has been unable to complete more contracts because "the system is just not constructed to do value-based contracting." The meeting was sponsored by the Pharmaceutical Research and Manufacturers of America as part of its Value Collaborative policy initiative.

Read pointed to policy and operational barriers to value-based contracts that are often cited by industry, such as FDA restrictions on communications with payers, federal anti-kickback laws, and concerns that discounted prices provided under such deals would trigger Medicaid "best price" requirements. Biopharma has urged the Trump Administration to address those barriers to enabling innovative contracting that would ultimately help lower drug costs.

At least some of those arguments are finding traction. CMS just announced plans to develop value-based purchasing models for prescription drugs through its Center for Medicaid and Medicare Innovation and requested input from stakeholders on how to approach such arrangements. (See sidebar.) The initiative could lead CMS to remove barriers to contracts related to price reporting requirements in Medicaid and Medicare.

Other obstacles may take longer to clear away and some might need legislation. For example, changes in FDA's communications policies may eventually come under the leadership of Commissioner Scott Gottlieb, but stakeholders don't anticipate relief in the short term. (Also see "Off-Label Communications: Near-Term ‘Seismic Shift’ In FDA Oversight Unlikely" - Pink Sheet, 14 Jun, 2017.)

A reprieve from federal anti-kickback concerns may also be further down the road. The HHS Office of Inspector General noted in its fall 2016 report to Congress that it has denied requests to create safe harbors applicable to value-based arrangements involving pharmaceutical manufacturers and payers. Instead, it believes those issues should be addressed on a case-by-case basis, such as under an advisory opinion.

Pfizer's Read said that in some cases, there is an additional barrier: insurer priorities are not aligned with some value-based models, and that stands in the way of progress. For example, he said that insurers may not be interested in promoting the use of smoking cessation drugs (say Chantix) because they are concerned about attracting smokers to their plan. That worry that adding smokers will boost their costs because smokers often have more health problems than non-smokers.

It's "really about getting incentives and risks aligned," he emphasized. "I think the risks and incentives have to be with the providers and that's how you get the best health care."

Read's comments about value-based contracts are less optimistic than recent public statements by other companies, such as Novartis AG, AstraZeneca PLC, and Amgen Inc., which have disclosed their involvement in several outcomes-based arrangements.

Novartis was in the news most recently with the announcement it is working with the Centers for Medicare and Medicaid Services on outcomes-based payments for its new gene therapy for cancer, Kymriah (tisagenlecleucel). (Also see "Novartis Begins CAR-T Payment Experiments With Outcomes-Based Contract With CMS" - Pink Sheet, 30 Aug, 2017.)

The development of value-based purchasing models for drugs has become an important industry narrative in response to criticism over drug pricing. Nevertheless, the reality remains that value-based contracting is still in the early stages and no hard evidence has yet emerged that it lowers costs for payers or patients. In the near-term, manufacturers and payers see more modest benefits in the arrangements.

Johnson & Johnson Executive VP and Pharmaceuticals Chairman Joaquin Duato, who also spoke at the policy event, cited a few of those other advantages in discussing an outcomes-based contract with Aetna Inc. for its diabetes drug, Invokana (canagliflozin).

Under the contract, J&J agreed to provide the insurer with a rebate if a pre-specified percentage of members taking Invokana need to add another diabetes drug to meet their treatment goals, he explained.

In terms of lowering costs, although the Invokana contract does not specifically aim to reduce patient spending, it might help by preventing the need for patients to add another drug, with an additional copay, Duato pointed out.

Furthermore, he noted, value-based contracts often involve placing a drug on a preferred formulary tier, making it more accessible to patients and also avoiding the need for physicians to get involved to help obtain coverage. "Physicians are going to have to spend less time in administrative tasks in order to get that script filled and the patient is going to use less time in order to understand how to pay for it," he pointed out.

J&J has other value-based contracts underway but a company spokesperson declined to provide specifics. "We believe a more value-based healthcare system has tremendous potential to improve patient health, increase access to care, and limit costs," the spokesperson said.

"The transition to a value-based healthcare system will require many stakeholders to work together – pharmaceutical companies, payers, providers and policy makers. Working with partners like Aetna, we have implemented a range of innovative value-based contracts, from agreements based on achieving specific clinical endpoints, to ones linked to offsetting other healthcare expenditures."