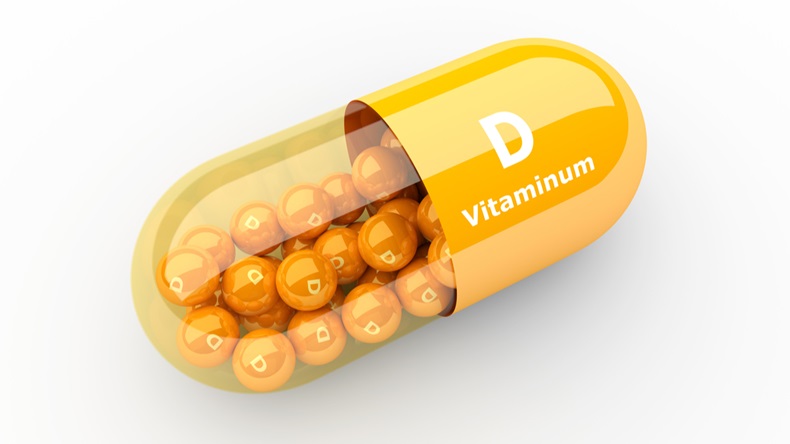 Vitamin D and omega-3 do not prevent kidney failure in patients with type 2 diabetes, according to the largest clinical study to date of the nutrients’ impact on various disease endpoints.

“We were hopeful for both of these interventions, vitamin D and fish oil,  but they don’t appear to be particularly effective for this purpose,” said lead researcher Ian de Boer, University of Washington Division of Nephrology, in a university release posted on 8 November, when the Journal of the American Medical Association published the study.

The findings of the study, funded in part by the US National Institute of Diabetes and Digestive and Kidney Diseases, come with hope growing in the medical community that the nutrients might provide benefits since previous animal model and cell-culture studies have suggested vitamin D and fish oil supplements have anti-inflammatory and other properties that could prevent or slow down type 2 diabetes’ progression or chronic kidney disease (CKD). Also, research has found a link between human kidney decline and lower levels of vitamin D.

Meanwhile, numerous diabetics are using the supplements for staving off CKD, which ultimately impacts about 40% of the 28m US consumers who have type 2 diabetes, say study researchers.

The randomized clinical trial assessing impact on kidneys was conducted as one part of the nationwide Vitamin D and Omega-3 Trial (VITAL), the largest study to test vitamin D or fish oil to prevent cancer or cardiovascular disease with 26,000 subjects. The analysis of kidney affect was conducted on 1,312 adults recruited between November 2011 and March 2014 from all 50 states. (Also see "Study to examine vitamin D, omega-3 supplements" - HBW Insight, 29 Jun, 2009.)

The US vitamin D supplement market is estimated at around $1.23bn and is expected to grow at a compound annual growth rate of 5.8% to reach $1.3bn by 2024, according to market research firm Mordor Intelligence.

The trial was a 2x2 factorial design with participants randomized to receive vitamin D3 (2,000 IU/daily) and omega-3 fatty acids (1 g/d), or vitamin D3 and a placebo, omega-3 and a placebo or two placebos. Participants' blood and urine samples established a baseline and samples were tested at two and four or five years to measure estimated glomerular filtration rate (eGFR), a gauge of kidney’s waste-filtering performance as well as the presence of protein in the urine – a sign of kidney failure.

On average, kidney function declined by around 15% over the course of the study, a level of decline that didn't differ significantly between any groups, the study found.

Further, secondary outcome measuring a decline in eGFR of at least 40%, development of kidney failure or death also revealed an insufficient number of events to effectively evaluate treatment effects. “Null results for secondary outcomes support the overall lack of effect for the primary outcome and suggest that neither vitamin D nor omega-3 fatty acids have kidney effects in this study population,” the researchers said.

The study notes limitations including “modest” number of eGFR and urine protein measurements collected for each participant and not all participants returned a serum sample to calculate final eGFR, though 71% did.

Editorial: More Research Warranted
In an accompanying editorial, Anika Lucas and Myles Wolf, of Duke University School of Medicine, say the research builds on a series of clinical trials failing to demonstrate significant benefits of vitamin D, which has been “riding high” for its role in calcium homeostasis and bone health. Numerous illnesses including hypertension, diabetes and autoimmunity also have been linked to vitamin D deficiency, they note.

Results of previous research has shown promise for vitamin D’s positive impact on kidney function, but those studies have been small. A study of 60 subjects published in the Journal of Nephropathology in January 2017 found correction of vitamin D deficiency may decrease proteinuria – the increase of protein in urine that is a sign of kidney failure – in diabetic patients with nephropathy.

Similarly, previous studies have pointed to a kidney benefit from omega-3 intake. A study published in the Journal of the American Society of Nephrology in 2014 looking at 2,344 older adults with myocardial infarction found omega-2 added to margarine was reported to attenuate eGFR decline by 2.1mL/min/1.73m2 over 3.3 years compared with placebo

However, more recent clinical studies cast doubt on the benefit of the nutrients on diseases. The most notable was the VITAL study, which found vitamin D and omega-3 fatty acids did not reduce risk of cancer and the composite cardiovascular outcome of myocardial infarction, stroke or cardiovascular death compared with placebo. Vitamin D has also failed to demonstrate to reduce systolic blood pressure in patients with prehypertension and stage 1 hypertension.

Last year, results of a multicenter, randomized, placebo-controlled trial published in the New England Journal of Medicine indicated vitamin D intake at 4,000 IU daily does not significantly lower the risk for type 2 diabetes for persons at high risk of developing the condition. RS149081

Lucas and Wolf note de Boer’s research raises the question of whether vitamin D supplementation “might be beneficial for patients with more advanced CKD” or higher levels of blood protein in urine. Further research is warranted, they say.

In the meantime, however, “it now seems safe to conclude that many prior epidemiological associations between vitamin D deficiency and adverse health outcomes were driven by unmeasured residual confounding or reverse causality,” Lucas and Wolf state.