BioMarin's sale of voucher earned with approval of rare pediatric disease drug Brineura the fourth publicly disclosed voucher sale this year with a price tag between $125m and $150m. 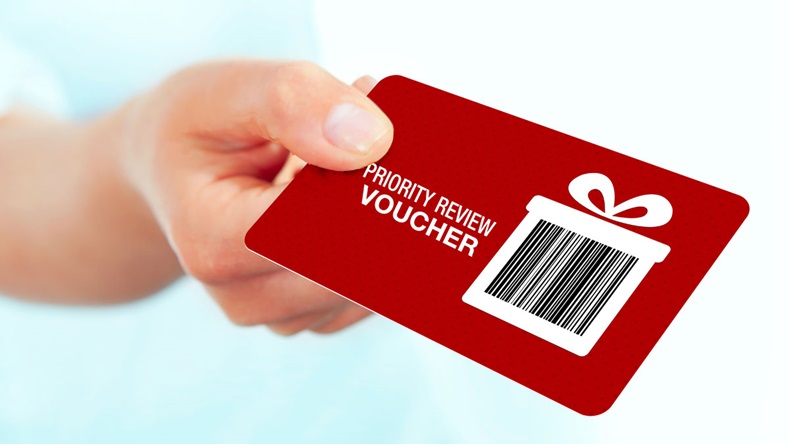 BioMarin Pharmaceutical Inc.'s latest priority review voucher sale is further evidence that the price for the coupons, which entitle the holder to a speedier US FDA review, is leveling off.

BioMarin's announcement marks the fourth publicly disclosed sale of a priority review voucher in 2017. While details around the sellers, purchasers and exact dollar figures have not always been released, all of the publicly disclosed sales in 2017 appear to have been in the $125m to $150m range. (See bar chart.)

That price range is well below the publicly disclosed high mark for voucher sales, AbbVie Inc.'s $350m purchase in mid-2015 of a voucher United Therapeutics Corp. earned with the approval of the high-risk neuroblastoma drug Unituxin (dinutuximab).

However, the 2017 sales range marks an 85%-122% premium to the $67.5m BioMarin earned with the July 2014 sale of its first priority review voucher. That coupon, awarded upon approval of BioMarin's Morquio A Syndrome treatment Vimizim (elosulfase alfa), was purchased by Regeneron Ireland and redeemed for a priority review of the company's PCSK9 inhibitor Praluent(alirocumab), which is partnered with Sanofi.

The Vimizim coupon was the first publicly disclosed sale of a priority review voucher and, in retrospect, appears to have set a low bar for future sales.

Notably, that inaugural sale did not trigger an antitrust review because the $67.5m price tag did not meet the "size of transaction" text, a BioMarin spokeswoman said. In contrast, the $125m sale of the Brineura voucher is subject to standard antitrust review for a transaction of a sufficient size, she said.

Duke University economist David Ridley told the Pink Sheet that the recent transactions of $125-$150m per voucher "are the right prices."

Ridley was lead author of a landmark 2006 Health Affairs article that led to the creation of the tropical disease voucher program in the FDA Amendments Act of 2007. The voucher program was extended to rare pediatric diseases in the FDA Safety and Innovation Act of 2012 and, most recently, to medical countermeasures in the 21st Century Cures Act, which was signed into law in December 2016.

Ridley asserts that sales prices were to were too high in 2015 and 2016 given the supply of rare pediatric vouchers. He points to a March 2016 Health Affairs paper in which he predicted that prices would fall. Priority Review Voucher Expansion Could Be Bad, Program Creator Says - Pink Sheet, 12 May, 2016.)

"If the voucher supply holds steady, I think the prices will too," Ridley said. "In our paper, we wrote that prices could fall even lower, but that was too pessimistic. That study was based on the voucher value for drugs launched between 2007 and 2009 which happened to be lean years for blockbuster launches given standard review."

He suggested that vouchers remain a good deal for the purchasers.

For example, he pointed to the recent FDA approval of ViiV Healthcare's HIV treatment Juluca, a once-daily, fixed-dose combination of ViiV's integrase strand transfer inhibitor Tivicay(dolutegravir) with Janssen Pharmaceutical Cos.' non-nucleoside reverse transcriptase inhibitor Edurant (rilpivirine). Viiv secured a priority review for Juluca thanks to a voucher it purchased for $130m earlier this year from an undisclosed seller.

"If ViiV’s HIV drug achieves peak sales of $5bn, then the value of the voucher, in terms of time value of money alone, will be more than $500m plus any competitive or longevity effects," Ridley said.

More Vouchers Out There For The Picking

To date, FDA has awarded 17 priority review vouchers – 12 under the rare pediatric disease program and five for the approval of tropical disease treatments.

Estimated or actual dollar figures have been publicly disclosed in connection with the sale of nine of those vouchers. In addition, two companies, Novartis AG and Janssen R&D LLC, have redeemed vouchers awarded on their own products. (See chart.)

FDA is currently reviewing at least two applications for which recently purchased vouchers have been redeemed: Gilead Sciences Inc.'s fixed-dose combination of bictegravir, a novel investigational integrase strand transfer inhibitor, and emtricitabine/tenofovir alafenamide for the treatment of HIV-1 infection; and Teva Pharmaceutical Industries Ltd.'s fremanezumab for preventive treatment of migraine.