Wary Of Coronavirus Hype And Haste, Themis Looks To Future As Part Of Merck & Co. 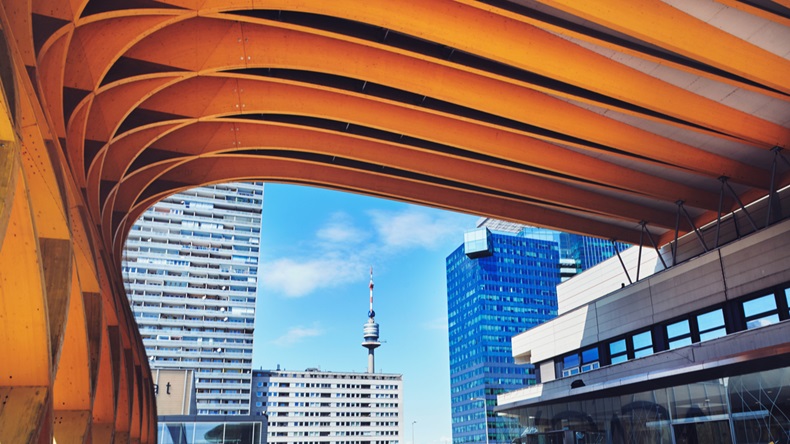 Acquired last month by Merck & Co. Inc. as it made its entry into the COVID-19 field, Austrian vaccines specialist Themis will help spearhead the big pharma company’s strategy on Sars-CoV-2, and help it build a long-term pandemic preparedness capability.

Themis’ CEO Erich Tauber is clear that the deal with the US pharma giant is a good cultural fit, telling Scrip that as both he and Merck were wary of the “hype” and haste that have been generated around the race to develop a COVID-19 vaccine.

Merck & Co is one of the world’s largest vaccines companies, but deliberately entered the field to develop a COVID-19 vaccine and therapeutics months behind others, signalling a conviction that the science should not be rushed. (Also see "Latecomer Merck Enters Coronavirus Vaccine Field With Themis Acquisition" - Scrip, 26 May, 2020.)

It unveiled its multi-pronged strategy on 26 May, with the acquisition of privately owned Themis for an undisclosed sum at its core.

The Vienna-based company has a COVID-19 vaccine in preclinical development that is based on the company’s next generation recombinant technology adapting the tried-and-tested measles vaccines vector, and developed via a long-running partnership with France’s Institute Pasteur.

Themis’ most advanced candidate is a Phase II vaccine against Chikungunya, a debilitating disease with global outbreak potential, but the company also sees the potential of its platform in immuno-oncology.

Tauber established Themis 10 years ago, and is finalizing discussions about how it will be integrated into Merck after deciding that the time was right to sell.

He said both sides wanted the company to retain some autonomy – a new approach for Merck & Co, which traditionally fully integrates its acquired divisions.

“I believe this would be the first time [for Merck] to do it like this. One of the concerns Merck had was ’If we acquired this company and rip it apart, what will happen?’ So we came out with this hybrid approach.

“Of course we will need to adhere to the main operating principles of Merck. We cannot go into Phase III Chikungunya trials being owned by Merck and work like a hippie campus in the biotech universe. So, there will be changes but we will make those after closing [the deal], which will happen sometime soon.”

Themis began a collaboration with Merck back in November 2019, just before Sars-Cov-2 first emerged, and had already received funding from the Coalition for Epidemic Preparedness Innovations (CEPI).

Expressing his admiration for Merck’s long-term commitment to infectious diseases, Tauber said “it's not by chance” that it was the first to have an Ebola vaccine approved. Having a similar outlook meant an acquisition by Merck was the ideal route for Themis to become an important player in advancing infectious diseases worldwide and advance a COVID-19 candidate. (Also see "Merck’s Ervebo Becomes World’s First Approved Ebola Vaccine " - Scrip, 12 Nov, 2019.)

Will Regulators Set A Low Bar For COVID-19 Vaccines? That Depends

Unlike other competitors, Tauber is wary of discussing the finer points of Themis’ vaccine technology before it publishes data or commences Phase I trials (expected later this year), and is reluctant to speculate too much on the course of the pandemic.

Nevertheless, he said if the prevalence of the coronavirus continued to decline in the US and Europe in the coming months, regulators may not feel the need to approve what might be suboptimal vaccines.

He noted that many of the current frontrunners have never brought a vaccine to market before, whereas Merck has a decades-long track record in vaccines innovation, and that the more deliberate approach could pay off.

“I think there might be many scenarios, but nobody knows how these scenarios will go,” said Tauber.

“But let's imagine infection rates [continue to go down] as they are in most parts of Europe. Why would the FDA and EMA approve a vaccine based on a very slim package?” he asked.

“Right now, the working assumption of everybody is that we're in a crisis and they need to approve the vaccine with little data. But I don't know if [an approval can happen] as quick as we wish. If we still get massive infection rates and massive fatalities, then it's a different ballgame. And I think that how the crisis will continue will make a huge difference to the approval strategy of the regulatory bodies.”

This uncertainty around how the pandemic will progress is what many of the industry’s big players, such as AstraZeneca, Sanofi and now Merck, are trying to factor into their strategies. These involve launching more than one vaccine collaboration, and also investing in therapeutics, including antibody drugs which could serve as prophylaxis and therapeutic treatments - but with no guarantees of success.