'We Cannot Afford To Be An Island': Bayer's UK CEO Shares Anti-Brexit Opinion 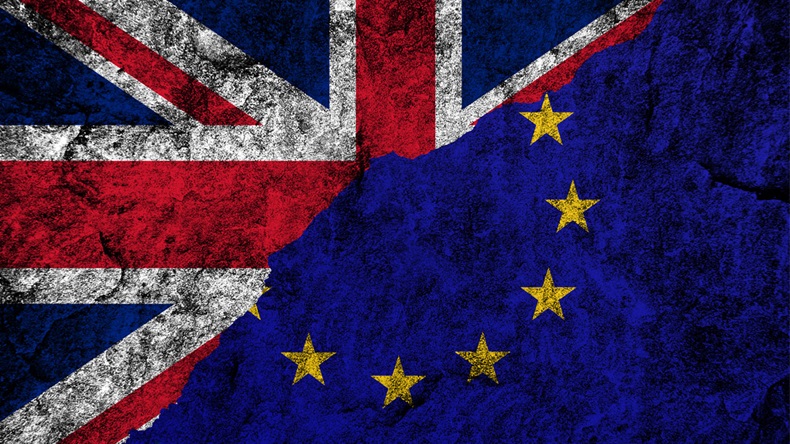 Britain is a powerful trading nation with a dynamic economy and has always been at the center of world affairs. The EU is its major trading partner, and as things stand now, we have a clear role in influencing the way that partnership operates.

As a life sciences company with a strong pharmaceutical portfolio, including many class-leading medicines, Bayer AG is among many in the UK and throughout Europe which stand strong when measured up against the global giants in this trading environment.

However, we believe that life science companies would face a long period of uncertainty if Britain were to leave the EU. In pharma and crop science our products require at least 10 years of research and development and up to more than £1bn of investment to see their launch into markets. Such significant upfront investments require stable regulatory and economic situations as well as acceptable levels of predictability. Any prolonged period of uncertainty after a potential Brexit will impact companies’ willingness to invest locally. Our entire existence is built around being able to provide innovative products locally at reasonable price levels that serve patients and health providers in pharma – as well as our customers in crop science, consumer or animal health – fairly and effectively. Any inflation caused by new import or export duties, or restrictions to pan-European research, may compromise this balance.

I am also concerned about job mobility and the free movement of vital skilled talent. As well as being able to offer job opportunities to British talent, our UK business offers employment for almost 40 nationalities, a large proportion of which are European.

Brexit will, without doubt, make it more difficult for companies that want or need to employ people from across the EU. This includes the NHS, the healthcare industry's biggest customer and one of the biggest employers in the world – which relies heavily on workers from the EU to serve patients on an appropriate level.

Scientific research, including crucial clinical trials, could be threatened due to a reduction in research funding from initiatives such as Horizon 2020, the EU's €79bn program for research and innovation, and the Innovative Medicines Initiative, Europe's largest public-private initiative to speed up the development of better and safer medicines for patients.

Without access to these, we risk a flight of academics from the UK to countries that have easier access to collaborative international research projects. There has been a long road to the creation of harmonized clinical trials regulation, a single portal for trials, and an EU-wide trials database. Clearly, any restrictions to such EU-platforms could affect patients too. For example, if the UK no longer has access to the single portal, this could deny patients the opportunity to take part in clinical trials. This would erase opportunities for early access to innovative medication and might even slow down the process of developing life-saving new treatments.

Access To Medicines Could Be Denied – Moving Backwards Not Forwards

The European Medicines Agency (EMA) is the hub of EU pharmaceuticals regulation – and it is based in London. There would be a question-mark over whether centralized marketing authorizations would still apply in a post-Brexit UK.

We want to move forward in terms of treating patients and access to life saving medicines, not backwards. If a Brexit happened, potential consequences for the regulatory side could be another reason why it would take far longer for patients and clinicians to have access to innovative medicines, and the increased administrative burden from renegotiations and duplication of arrangements for developing and regulating medicines and contract renewal, as well as data management, would cost us all dearly.

Finally, we should not under-estimate the reduction in impact that the UK would have on European health policy and science leadership.

The EU drives many policies aimed at improving health – subsidies for healthier foods, better food labeling – and so forth, all of which complement the mission of using science to improve people's lives. The UK takes a progressive stance on health, as well as science-based approaches to new opportunities in farming, and I believe a Britain-less EU would miss our input.

I am continually impressed by the UK government's clear commitment to life sciences, with a dedicated minister and government strategy for the sector. It concerns me that this strategy may be less achievable if an EU exit tips the scale against investment in the UK. All investors need certainty in terms of trade conditions to determine investment decisions. Being part of the Single Market and its 500 million consumers makes the UK much more attractive to investors. Reduced attractiveness would affect production and manufacturing jobs.

People may rightly suggest that Switzerland, which has a world-class pharmaceutical industry, for example, seems to get on while being outside of the EU/EEA jurisdiction. But their industry has built up around very different structures over a very long period of time and required several years of negotiations that were based on the principle of free movements. The UK economy is not structured in the same way; it would take years and a great deal of expense to switch to that kind of model, and even if this worked out it is unclear whether the result would address some of the currently vital concerns around EU membership.

The kind of business benefits conferred on the pharmaceutical industry by EU membership represent stability and certainty. Exit would pose a number of issues like the challenging impact on sterling; alternative regulatory models would need to be devised, with a potential increase in enforcement costs; increased complexity of administration of direct and indirect tax; and a review of contracts to ensure continued validity in the event of EU exit. It all adds up to a great deal of uncertainty, frustration and expense.

We Cannot Afford To Be An Island

We know that the EU is not perfect: there is still major room for improvement and modernization, but Britain will be far stronger for being able to influence decisions made by its biggest trading partner, than if it left the negotiating table. These days, no country, least of all, Britain – ironically – can afford to be an island. The EU will benefit just as much from the UK's membership as the UK will from remaining a member. I passionately believe that it is important that the UK remains "in" for all of us – society, patients and industry.