The death of US Supreme Court Justice Ruth Bader Ginsburg has prompted an outpouring of grief, but also set off political machinations that could have have long-term implications for the pharmaceutical industry.

A pioneering attorney who was the second women on the Supreme Court, Ginsburg became a cultural icon for progressives due to her life story, rigorous advocacy of principles, and personal style. RBG joined FDR and JFK in the pantheon of three-initialed Democratic lions that may some day also include AOC.

A momentous fight over who is to succeed her will now follow, but the most likely outcome appears to be that a conservative jurist nominated by President Trump will be confirmed by the Republican-controlled Senate, perhaps after the election on 3 November but before the new Congress is seated next year. 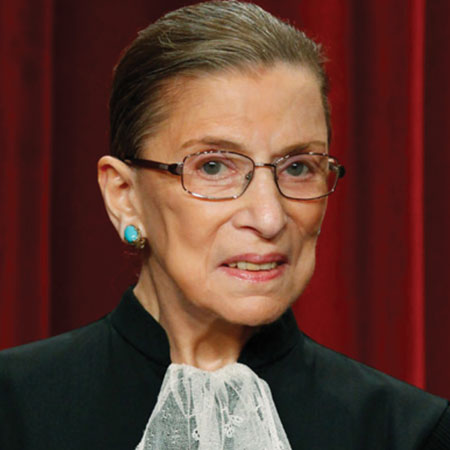 The Supreme Court vacancy changes the dynamic of the presidential campaign and would seem to increase the president’s reelection chances since it shifts the focus away from the administration’s response to the coronavirus pandemic (which the public has had a low opinion of) and it activates evangelical voters (who had been decidedly less enthusiastic about Trump this time around).

For pharma, the aftermath of Ginsburg’s death means that drug pricing won’t get as much attention during the presidential campaign, which will be good news for industry.

As for who pharma wants to win the presidency, the natural answer would be the Republican, but Trump’s frequent antagonism of the industry, even if it hasn’t been followed by deft policy attacks, has been troubling. (Also see "Trump’s Drug Pricing Plan: The Headlines Are The Goal – But Also A Threat" - Pink Sheet, 15 Sep, 2020.)

The election of Joe Biden, on the other hand, means that the Senate might swing to the Democrats as well and create the risk of significant drug pricing legislation, though the nominee’s rhetoric has so far been relatively non-toxic. (Also see "Does Biden Bode Well For Pharma? Convention Sets Promising Tone For Campaign" - Pink Sheet, 21 Aug, 2020.)

As for how a new justice could affect the pharma industry, assuming a Trump nominee is confirmed, the Supreme Court would then have a 6-3 majority of Republican-nominated justices that will continue to look very skeptically on any government efforts to assert more authority – from expanding health insurance to promulgating manufacturing regulations.

On some issues particularly salient to industry, notably product liability and patents, recent court decisions have been relatively bipartisan, and a new justice is unlikely to shift the court’s tack there either, although the two justices that Trump has already put on the Supreme Court have yet to establish clear records in those areas. (Also see "Judge Kavanaugh May Be Good US Supreme Court Pick For Pharma" - Pink Sheet, 10 Jul, 2018.)

That kind of diminishment of the FDA will probably be the biggest legacy of the more conservative court. The agency will likely be given little deference by the justices in cases involving any statutory ambiguity, meaning that firms will have a better chance of beating the FDA in court – but so might someone peddling products that weren’t actually based on the most rigorous science.

Sponsors have of course long chaffed at the FDA’s gatekeeper functions when decisions didn’t go their way, but they’ve also built their business around the idea that the agency’s authority would help them convince payers to accept the high prices of their products because of their proven value.

And while it’s never been the only way firms show their drug is worth the price, if FDA approval becomes less meaningful, the business model will have to shift more dramatically to other ways of demonstrating a product’s value.