The treatment of liver cancer will have a makeover in coming months, with several products including Bristol’s Opdivo nearing the market for a disease that is often diagnosed late and where previously there have been few meaningful advances in therapy for many years. Two recently published reports from Datamonitor Healthcare have reviewed the disease and the R&D pipeline for the condition. 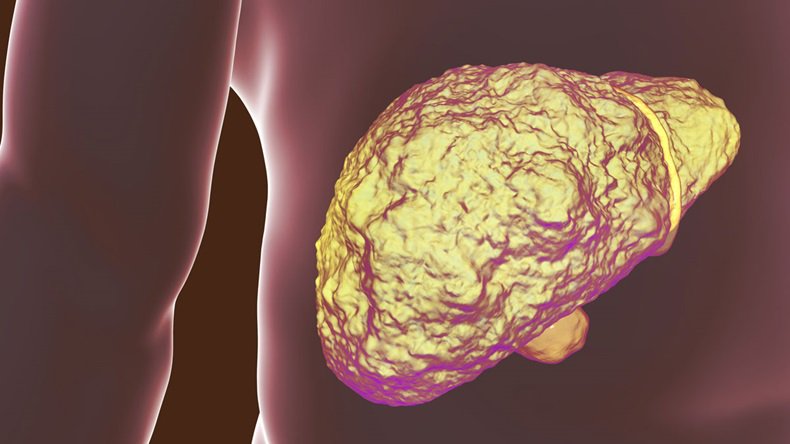 With Bristol-Myers Squibb Co.’s checkpoint inhibitor Opdivo (nivolumab) having a US FDA PDUFA date of Sept. 24, 2017, for use as a second-line therapy for hepatocellular carcinoma (HCC), and Eisai Co. Ltd.'s oral multiple receptor tyrosine kinase inhibitor, lenvatinib, submitted for US and European approval as first-line HCC therapy, announced on July 25, changes are afoot in this therapeutic area. (Also see "Lenvatinib HCC Results Give Sorafenib Cause To REFLECT?" - Scrip, 5 Jun, 2017.)

One change has just occurred: on Aug. 7, the German multinational Bayer AG announced the EU approval of Stivarga (regorafenib) for the second-line treatment of HCC in patients previously treated with the company’s Nexavar (sorafenib), an additional indication for the drug. Stivarga is the first and only treatment to significantly improve overall survival in HCC patients previously treated with sorafenib, the company noted. Similar supplemental approvals for Stivarga were granted in the US in April and Japan in June. (Also see "Stivarga Filings Reinforce Bayer’s HCC Position, For Now" - Scrip, 8 Nov, 2016.)

Hepatocellular carcinoma (HCC) accounts for up to 90% of all liver cancers, and is a difficult cancer to treat effectively because it has few symptoms until advanced disease is present. Medicines targeted specifically against the condition are a rarity, with the only standard of care for first-line therapy for many years being Nexavar, and until Stivarga there was no truly effective second-line systemic treatment options.

HCC is one of the more deadly cancers: even in patients in the earliest stages, five-year survival of localized liver cancer is approximately 31%. Indeed, liver cancer is the second highest cause of cancer-related mortality, and the disease is responsible for three-quarters of a million deaths annually around the world, according to a recently published Datamonitor Healthcare report that describes the disease and its treatment.

Datamonitor Healthcare forecasts that the HCC market in the seven major markets (US, Japan, Germany France, the UK, Italy and Spain) will have a CAGR of 6.84% between 2016 and 2025, rising from $578m to $1bn.

Early-stage treatment such as surgery, radiofrequency ablation and liver transplant can produce cures, but the lack of symptoms means that patients often are undiagnosed until they reach advanced stage. There is also a greater than 50% chance of recurrence in patients previously treated with resection or ablation.

Nexavar is the most popular systemic therapy for HCC patients with stage B, C, and D disease across the US, Japan and five major EU markets, with usage rates of approximately 31%, 31% and 25% respectively. It is also extensively used in the second-line setting after surgical or locoregional therapy, the Datamonitor Healthcare report notes.

Apart from Nexavar, systemic treatments can include generic chemotherapeutic agents, including fluorouracil as monotherapy or as part of the FOLFOX (folinic acid, fluorouracil and oxaliplatin) regimen. But as liver function deteriorates with advancing disease, the use of cytotoxic drug regimens becomes a strain on patients’ livers. In patients with stage B HCC, radiofrequency ablation and transarterial chemoembolization (TACE) are the locoregional therapies of choice. Liver transplants are rare because of limited availability.

Most products in development for HCC are targeted rather than chemotherapeutic agents, and include Exelixis Inc./Ipsen’s Cabometyx (cabozantinib) and Eli Lilly & Co.’s Cyramza (ramucirumab), which could improve treatment choices in the second-line setting, according to a second Datamonitor Healthcare report on HCC, that looks at the R&D pipeline.

Exelixis expects data from a Phase III study, CELESTIAL, for the second-line treatment of advanced HCC, during the second half of 2017; the primary endpoint is overall survival, the report notes. Secondary endpoints include objective response rate and progression-free survival. Exploratory endpoints include patient-reported outcomes, biomarkers and safety. The CELESTIAL trial is being conducted at more than 100 sites globally in 19 countries.

Eli Lilly, meanwhile, is conducting a second Phase III trial of ramucirumab in HCC after a first Phase III study, REACH, had mixed results – patients with alpha-fetoprotein levels greater than 400 ng/ml showed an overall survival benefit and are being evaluated in the second study. Lilly is likely to position Cyramza in the second-line setting, the report notes.

Other products in Phase III development for HCC include the following:

There may be an opportunity for sequential prescriptions of targeted therapies with different molecular mechanisms to become an important treatment advance for HCC. In early development is a series of potential therapies with novel mechanisms of action.

The Paris, France-based orphan oncology company, Onxeo SA, said at the end of July it was expecting preliminary efficacy results before the end of September from its Phase III study of its doxorubicin nanoformulation, Livatag (doxorubicin Transdrug), for the treatment of advanced HCC.

Livatag is Onxeo's lead product and is being evaluated as a second-line HCC therapy in the Phase III ReLive study, in 390 patients with advanced HCC after failure or intolerance to sorafenib. There are three arms to the study: two Livatag treatment arms of 20 or 30 mg /m2 every 4 weeks intravenously for 6 hours, until progression or intolerance, and a comparative arm of patients receiving the best available treatment chosen by their physicians. All patients have been randomized since the end of January 2017. Livatag has been granted orphan status in both Europe and US, and has fast track status in the US. (Also see "Onxeo Seeks Partner For Its Expanding Oncology Pipeline" - Scrip, 2 May, 2017.)

Another French biotech, Strasbourg-based Transgene, also announced at the end of July that the first patient had been treated in a Phase I/II study of its oncolytic virus therapy, Pexa-Vec(pexastimogene devacirepvec), combined with nivolumab, as a first-line therapy for advance hepatocellular carcinoma. The trial is underway at a hospital in Paris.

The safety and preliminary antitumor activity will be assessed in up to 36 HCC patients treated with the dual combination. Pexa-Vec contains an oncolytic vaccinia virus that has been modified to express the immunogenic cytokine, GM-CSF.

A Phase III study, PHOCUS, of Pexa-Vec in patients with HCC started in 2016, with the first European patient being enrolled in April 2017. Transgene, an Institut Merieux subsidiary, has exclusive rights to develop and commercialize Pexa-Vec in Europe, while the licensor, Seoul, South Korea-based SillaJen Inc., is focused on developing Pexa-Vec for the North American market; SillaJen has also licensed rights in China and Hong Kong to Lee's Pharmaceutical Holdings Ltd.

A previous Phase II study of Pexa-Vec monotherapy in first-line HCC found that high doses of the oncolytic virus was associated with a median overall survival of 14.1 months, compared with 6.7 months in patients treated with low doses of the virus.

The Israeli company, Can-Fite BioPharma Ltd., said Aug. 9 that a Phase II study of the A3 adenosine receptor, namodenoson, had completed the enrolment of patients with liver cancer. The study includes patients who have not responded to first-line therapy and had experienced further disease progression, in addition to having underlying Child-Pugh class B cirrhosis. The primary endpoint of the study is overall survival.

It’s early days, but there is some initial promise: in preclinical animal studies, MTD119 has reduced tumor growth by more than six-fold compared with sorafenib, the current standard of care, and MTD119 was also associated with improved tolerability, Midatech reported on July 26. The company says it plans to file for approval for a first-in-human study over the coming months.