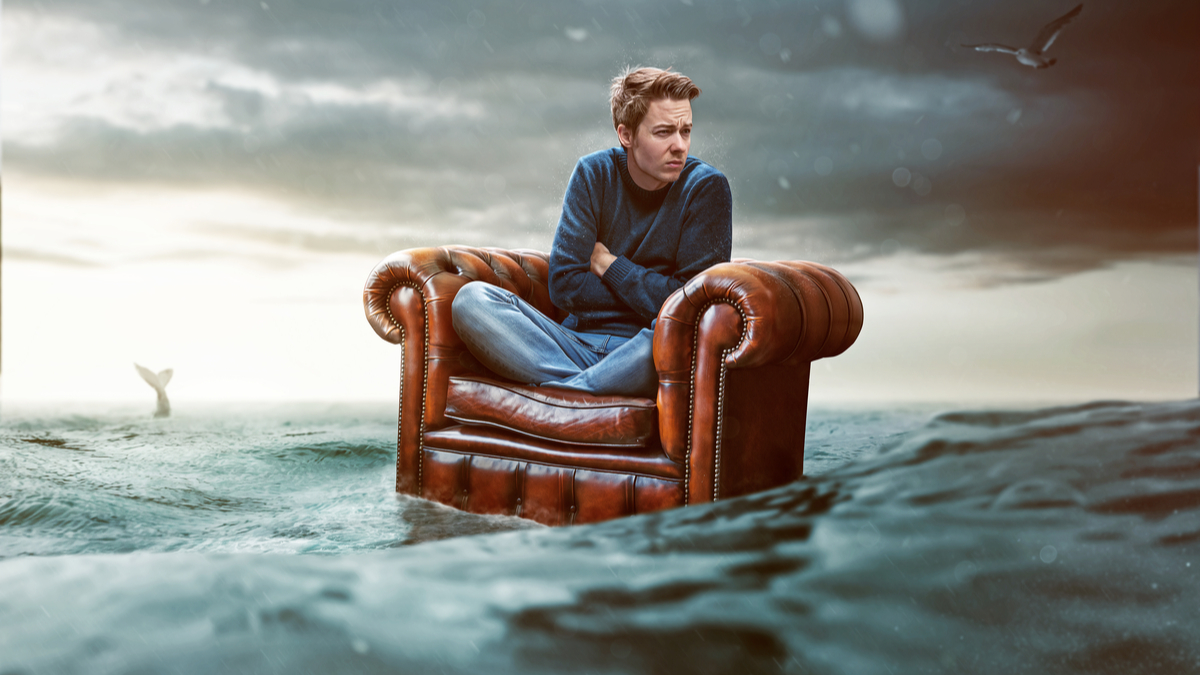 Will Serum Successfully Ride The Storm?(Source:Shutterstock)

After beginning 2021 with a welcome approval for the AstraZeneca PLC/University of Oxford-partnered COVID-19 vaccine Covishield (AZD1222), a wave of unpleasant news has hit Serum Institute of India Pvt. Ltd.. A fire at its manufacturing unit in January was followed in February by South Africa’s refusal to its use Covishield due to lower efficacy against the emergent B.1.351 strain.

March saw a shortage of vaccine components sourced from the US as well as a temporary hold on exports of the SARS-CoV-2 vaccine, and in April Serum Institute’s CEO Adar Poonawalla revealed receiving a legal notice from AstraZeneca over non-delivery of promised Covishield supplies. The company also had to refund South Africa for a previously placed order.

To top it all, the Indian government has decided to take a closer look at some serious adverse events following the use of Covishield in the domestic immunization program, after regulators in the European Union and UK concluded the AZ vaccine is likely to raise the risk of very rare but sometimes fatal blood clots. (Regulators Reassure On AZ Vaccine Safety After Rare Side Effect Deemed Plausible)

Besides, a new challenger has cropped up in the form of the Russian Direct Investment Fund (RDIF)’s Sputnik V in India. Despite all this, things might not be as bad as they seem, experts say.

Serum Institute can defend itself against indemnity in the case of AstraZeneca by claiming it was barred from exporting Covishield as the Indian government attempted to reserve doses for its own vaccination roll-out. With a double-mutant strain on the loose, India has recently seen COVID-19 cases soar to new highs. (Coronavirus Update DoubleMutant Strain Discovered India Puts Temporary Hold On AZ Vaccine Exports)

Given the kind of vaccine nationalism that has taken hold of governments across the globe, India's can hardly be blamed for prioritizing its billion-plus population. Besides, Serum Institute and another Indian firm, Bharat Biotech, had already exported over 64 million doses by April to countries ranging from Ethiopia to the UK, with Serum Institute supplying the bulk of the orders, including nearly 28 million doses to the global COVAX facility.

“Failure to obtain government approval for exports is a good defense and English law is well settled on this. So, I don’t expect any liability for Serum to arise in this case,” Murali Neelakantan, principal lawyer at Amicus and a former global general counsel at Indian pharma firms Cipla Limited and Glenmark Pharmaceuticals Limited, told Scrip.

Besides, Serum Institute now claims that the fire at its Pune plant has hampered production, even though at the time it said no impact was foreseen on supplies. While the company is attempting to ramp up capacity, even asking for government funding to augment production, a lag in implementation is to be expected.

Meanwhile, the timeline for Serum Institute to fulfil the entirety of its export obligations remains unclear.

What will hurt is a refund to the South African government for the 500,000 doses of Covishield not delivered, after the country decided against using the vaccine owing to lower efficacy against the B.1.351 variant of SARS-CoV-2, which originated in the country.

Serum Institute is counting on export orders to countries like South Africa, to which it sold the vaccine at $5.30 per dose, to prop up profits from Covishield, given that it agreed to supply the COVAX facility at an economical up to $2 a dose, while at home the Indian government has procured doses for between INR150-200 ($2-2.70) plus taxes.

With the virus mutating, as it is bound to, the worry is whether the AZ/Serum Institute vaccine can continue to combat the new strains and whether painstakingly negotiated supply contracts could unravel due to lower efficacy against these. At the time of writing, the B.1.1.7 strain, discovered in the UK, had spread to 130 countries, B.1.351 from South Africa to over 65, while Brazilian variants P.1 and P.2 have affected multiple nations.

While epidemiologists and the World Health Organization have pointed out that each mutation and variant is not necessarily a cause for worry, B.1.351 is proving to be tougher to beat than the others. What makes things worse for AZ/Serum Institute is that Pfizer Inc./BioNTech SE, Moderna, Inc., Johnson & Johnson and even Novavax, Inc.’s COVID-19 vaccines offer better protection against this strain.

Nevertheless, AstraZeneca will continue making efforts to ensure its vaccine’s viability. The UK company plans to start trials on next-generation vaccines against all current SARS-CoV-2 variants, Mene Pangalos, executive vice-president of biopharmaceuticals research and development, said at a virtual press briefing on 23 March. He hopes they will become available for use in late 2021.

Complicating matters for Serum Institute are announcements by the European Medicines Agency (EMA) and the UK Medicines and Healthcare products Regulatory Agency (MHRA) about the risk of very rare but sometimes fatal blood clots in recipients of the AZ vaccine. Known as Vaxzevria in the European Union, the product is also under scrutiny by the EMA over the risk of capillary leak syndrome.

Experts from India’s national committee on adverse events following immunization (AEFI) are investigating if there are any domestic cases of blood clotting due to the two COVID-19 vaccines being administered in India, Covishield, which uses a viral vector platform, and Bharat Biotech’s inactivated vaccine Covaxin. Covishield accounts for over 90% of the doses administered in the country so far. (Bharat Biotech Gets Shot In Arm With 81 Efficacy For COVID19 Vaccine) (Conditional Approval for Serum Bharat Bio COVID19 Vaccines In India Amid Uproar)

As of 16 March, 89 deaths of those vaccinated had been reported, the minister of state in the ministry of health and family welfare, Ashwini Kumar Choubey, recently informed the Rajya Sabha (the Council of States or Upper House of India's parliament). However, “none of these have been causally attributed to COVID-19 vaccination as per the current evidence,” he added.

“I don’t expect any material progress on the cases filed by petitioners against the harmful effects of Covishield or Covaxin...even when victims have a good case, they just don’t last the distance.” -  Murali Neelakantan, former Global General Counsel,  Cipla.

Up to 29 March, 180 deaths had been reported to the national AEFI committee and around 700 cases of serious adverse events are estimated in total. In all, 18,132 cases of AEFI have been reported, amounting to just 0.02% of the total vaccinations in the roll-out that began on 16 January, according to the CoWin portal set up to coordinate the vaccination drive.

While some of those affected have gone to court seeking legal recourse, financial compensation is unlikely, according to experts. (Compensation For COVID-19 Vaccine Injuries In India Stark Fault Lines)

“India has poor AEFI tracking and reporting. I don’t expect any material progress on the cases filed by petitioners against the harmful effects of Covishield or Covaxin. Cases like this can take years or even decades to reach a conclusion and often, even when victims have a good case, they just don’t last the distance,” said Neelakantan of Amicus.

It’s troubling that the health minister told parliament there is no provision of compensation for recipients of COVID-19 vaccines against side-effects or medical complications, he added. “It is not clear what the basis for that statement was when clinical trial victims have rights under the New Clinical Trial Rules, 2019 and other recipients under the common law of torts.”

Apart from the impact of regulatory assessments on Covishield sales, Serum Institute now has to deal with a new challenger, Sputnik V. RDIF's local partner Dr. Reddy's Laboratories Ltd. has just received permission from the Drug Controller General of India to import Sputnik V for restricted use in emergency situations.

RDIF is likely to lobby hard for inclusion in immunization programs across the world. Though India’s program depends overwhelmingly on Covishield at the moment, it is now expected to ramp up use of alternate vaccines like that from Bharat Biotech, which no longer has the caveat of “approved in clinical trial mode,” and that from RDIF. While not great for Indian sales, it would mean that Serum Institute’s stocks would be freed up for more lucrative exports, which it has been clamoring for.

A low-cost vaccine that can be stored easily, the AZ/Serum Institute vaccine has so far been the mainstay of several immunization programs across the world. Globally, Serum Institute has delivered over 70% of the nearly 38 million doses given to over a hundred countries by the COVAX facility.

While both the EMA and MHRA have stressed that the AZ vaccine is overwhelmingly safe and will help save lives while preventing serious illness and hospitalization, and the World Health Organization has also said as much, several European countries have suspended or limited its use.

Australia and the Philippines recently joined Italy, France, Germany, the Netherlands and other European countries in limiting or suspending use of the vaccine, while the African Union has dropped plans to buy it. Now the Philippines, South Africa, Brazil, Colombia, Mexico and Ukraine are set to receive the Pfizer/BioNTech vaccine under the COVAX facility.

For now, an economical price remains in favor of the AZ/Serum Institute vaccine, but how much of a global shift will happen in favor of other COVID-19 vaccines that cost more but are currently perceived as relatively safer, and how this will impact Serum Institute’s fortunes, remains to be seen.