Will US Government Pursue Fewer False Claims Act Cases In 2019 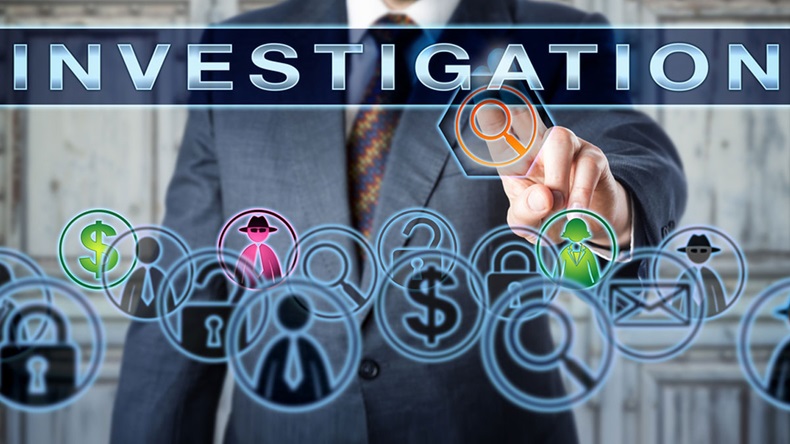 While government investigations of the pharma industry are inescapable, activity in the courts and Department of Justice (DoJ) suggests there could be a dip in the number of False Claims Act (FCA) cases the government pursues.

The US Supreme Court recently declined to take up a case that could have eliminated certain FCA suits. That case, Gilead Sciences Inc. v. US ex rel. Campie, was intended to clarify the application of the Supreme Court's 2016 decision inUniversal Health Services Inc. v. United States ex rel. Escobar, which limits the circumstances in which companies can be found to have made false claims for government reimbursement. The Solicitor General advised the court not to take the case, saying it would be a poor vehicle to address the question at issue. However, it said the government would move to dismiss the case if it went back to district court.

Hogan Lovells attorneys said the Solicitor General's position inGilead, as well as the fallout from theEscobar decision, could impact the outcome of FCA cases.

"Qui tam  relators continue to drive the enforcement agenda filing cases at a strong and steady pace, and pushing the boundaries of FCA litigation in new areas." -- Hogan Lovells report

In a recently issued report, "False Claims Act: 2018 and the road ahead," the firm identifies key FCA enforcement issues to keep an eye on. It cited two trends from the past year. "First, qui tam  relators continue to drive the enforcement agenda filing cases at a strong and steady pace, and pushing the boundaries of FCA litigation in new areas. Second, the courts continue to express skepticism about some of the more ambitious theories of FCA liability."

In addition to the application of Escobar  in assessing the threshold for FCA litigation, the firm also points to DoJ's Granston memo as potentially impacting FCA cases in the coming year.

The Jan. 10, 2018 memo, issued by Michael Granston, director of the Commercial Litigation Branch of DoJ's Fraud Section, lists factors US attorneys are to consider in deciding whether to dismiss an FCA case. The factors include whether the case lacks merit, whether it duplicates a pre-existing government investigation and adds no useful information, and whether it threatens to interfere with an agency's policies and programs. (Also see "Government Pharma Investigations Target Pricing, Opioids, Trade Practices" - Pink Sheet, 4 Sep, 2018.)

Hogan Lovells said it found that in both 2016 and 2017, DoJ filed three motions to dismiss cases under the FCA, while in 2018 it sought dismissal of 16 cases, 10 of which were filed by affiliates of the National Healthcare Analysis Group (NHCA).

Pressure On DoJ To Consider Dismissal

The False Claims Act allows private citizens, known as relators, to bring civil suits on behalf of the federal government alleging a company's behavior resulted in the filing of false claims for government payment. If the government intervenes in the suit, referred to as a qui tam  complaint, the whistleblower gets a share of any recovery. If the government declines to intervene, the relator may pursue the case on its own unless the government requests its dismissal.

In an interview, Hogan Lovells partner Gejaa Gobena, one of the authors of the report, said it will be interesting to see if there is a continued uptick in the number of cases for which DoJ requests dismissal and to observe where the government is putting its resources.

Gobena, former deputy chief of the Fraud Section in DoJ's Criminal Division, said that at the end of a civil fraud investigation, the department sometimes will tell a relator it is not going to intervene in the qui tam  case and is thinking of requesting dismissal, and the relator will then voluntarily dismiss it. He noted that this was more common in the past, but relators now are more often going forward with a case, which puts pressure on DoJ to think about dismissal.

DoJ Deputy Associate Attorney General Stephen Cox noted in a Jan. 28 speech at an American Conference Institute meeting on false claims andqui tam enforcement that the department intervenes in only about one in five cases that are filed. However, he said the cases it does not join also consume DoJ's time and resources, not only in investigating them initially but also in monitoring them and participating in any ensuing litigation if the relator proceeds.

Cox said that since 2017, the department has moved to dismiss about two dozen cases. "Our exercise of this authority will remain judicious, but we will use this tool more consistently to preserve our resources for cases that are in the United States' interests," he stated.

NHCA filed responses to the DoJ motions to dismiss in more than half the cases. It took issue with the government's "personal attacks" on its business model and research practices.(See sidebar for story)

Gobena noted that unlike traditional whistleblower cases in which someone has inside knowledge, NHCA tried to use data analyses to build an FCA case.

Another key issue is determining what constitutes FCA liability. In Escobar, the Supreme Court held that for an alleged claim to be false it must be material to the government's decision to pay the claim. However, it did not put forward a clear rule for determining materiality.

The question in Gilead was how FCA cases should be resolved when the government knows about a company's alleged misrepresentations about a product but continues to pay for it.

Hogan Lovells said the Escobar decision suggested that continued government payment of claims in the face of knowledge of actual noncompliance with material statutory, regulatory or contractual requirements would undermine the required finding of a "material" false claim.

The decision "has provided fodder for targeted discovery requests by defendants seeking evidence of the government's knowledge of allegedly fraudulent billing practices," the report states.

The report says the government's position inGilead that it would move to dismiss to avoid extensive discovery from a federal agency "implicitly recognizes such discovery is relevant to the question of materiality." Hogan Lovells therefore expects FCA litigation to include increased requests for discovery from government agencies in the future regarding the extent and timing of government knowledge and government payment practices.

Another question for the coming year is what pharma industry activity will be targeted by DoJ.

Gobena noted that the government is focusing on opioids, and he expects to see more enforcement action directed toward pharmacy benefit managers to assess whether they are doing enough to track prescriptions.

At the FDLI meeting, Abraham Gitterman, an associate at Arnold & Porter, noted that there are at least 19 ongoingqui tam cases or investigations that involve reimbursement support allegations, 14 of which entail allegedly improper use of nurse, clinical or diabetes educators.

Sen. Charles Grassley, R-Iowa, quoted a previous statement by Barr in which he saidqui tamprovisions of the FCA were "an abomination and unconstitutional." Grassley asked Barr if the FCA was unconstitutional and he replied, "no, it's been upheld by the Supreme Court."

Grassley asked if Barr would commit not to take action to undermine the FCA and to continue funding levels to prosecute cases brought under the statute. "I will diligently enforce the FCA," Barr replied.

Gobena said he does not expect there to be further change in FCA enforcement policy. He noted that it had been tweaked with the Granston memo and Brand memo. The latter, issued Jan. 25, 2018 by DoJ's then-Associate Attorney General Rachel Brand, told US attorneys not to use noncompliance with guidance documents as a basis for proving violations of law in affirmative civil enforcement cases.

"Anything to cabin enforcement activity is already kind of happening," Gobena said. "I don't expect more."