With US Senate Wins In Georgia, Democrats Gain Path For Rx Price Reform, But It May Be Lower Priority 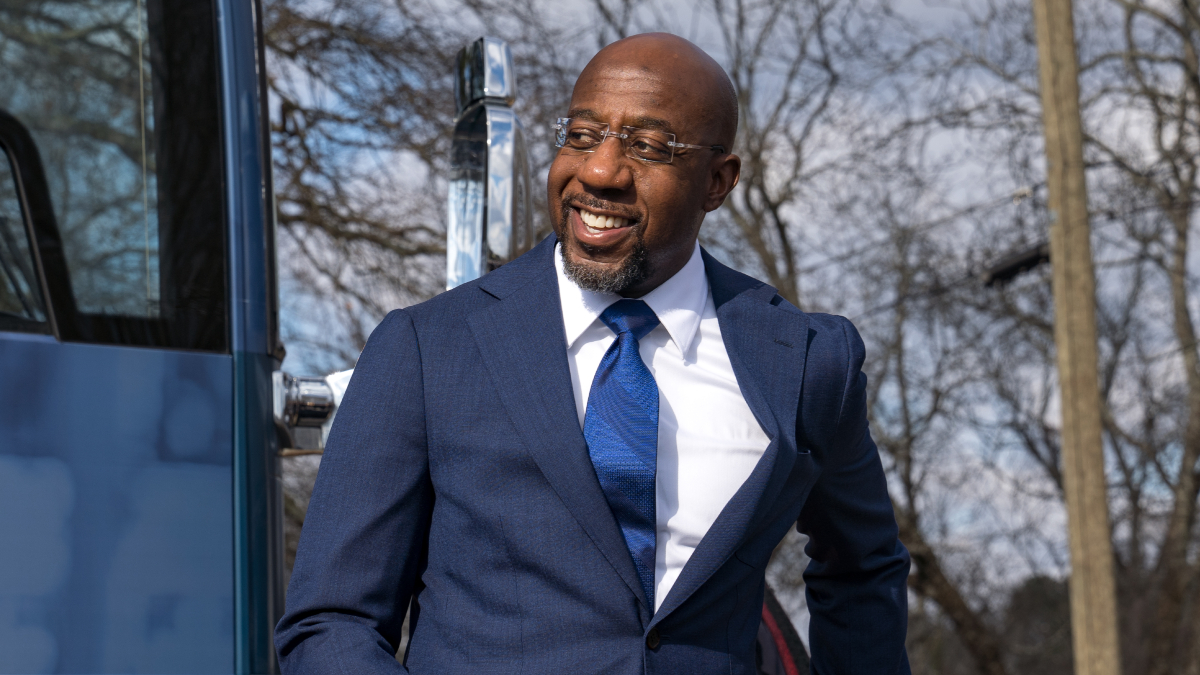 Raphael Warnock dresses the part as he prepares to flip the Senate blue.(Source:Megan Varner/Getty Images)

Jon Ossoff and Raphael Warnock have won their Senate runoff races in Georgia, and that means the pharma industry lose when it comes to drug pricing legislation – if Democrats can contain their infighting, resolve the pandemic, and restore the economy first.

With Joe Biden heading to the White House and Democrats controlling the US Senate as well as the House, the stage may set for reforms to the prescription drug pricing system in the US. But razor thin margins that Democrats have in both chambers suggests that legislation – if there is any at all – will likely be limited in scope.

The Senate Republican majority that has reliably protected biopharma from government price controls is gone, which is bound to make industry nervous. Although Republicans in Congress will probably revert to more traditional pro-pharma positions in the post-Trump era, they will no longer be in charge.

But the economic recession caused by the pandemic has reordered policy priorities. Instead of drug pricing or health care more broadly, front burner issues will include another COVID relief package and Biden’s ambitious Build Back Better infrastructure plan.

Health care issues may resurface with the Supreme Court’s decision on the future of the Affordable Care Act, expected in the spring. But it’s unclear when drug pricing reform will be taken up again in a major way.

If and when it does become the drug industry’s turn in the spotlight, there are several legislative possibilities:

As hard as some of those changes may be to swallow, they might actually be good for industry compared to the alternatives.

There’s Still HR 3 To Reckon With

The Democratic sweep raises the possibility that the Senate would take up HR 3, the draconian drug pricing bill championed by House Speaker Nancy Pelosi, D-CA, and passed by the full House in December 2019.

Assuming that the diminished House majority could pass it again, the bill would set up a federal “negotiation” process requiring a drug’s price to be set between the lowest price in six high income countries and 120% of the average price across those countries. The resulting price would apply to Medicare and the private market. ()

Up to 250 high-cost drugs without price competition would be targeted annually. Companies that decline to negotiate or fail to reach a pricing agreement would be subject to an excise tax that starts at 65% of sales in the US and rises quickly to 95%. The bill would also establish price inflation rebates in Medicare.

The Congressional Budget Office estimated in a final score released in December 2019 that HR 3 would reduce federal spending by about $456bn over the 2020-2029 period, mainly in Medicare. It would also lead to eight fewer drugs being developed during that time and 30 fewer drugs over the subsequent decade, CBO predicted.

In a preliminary version of the score issued in October 2019, CBO had projected the bill would result in a reduction in pharmaceutical industry revenues of $500bn to $1tn over 10 years. The final score omits the eye popping $1tn projection but biopharma will no doubt continue to quote that figure as it marshals opposition to the bill.

President-elect Joe Biden endorses a number of the drug pricing policies that align with HR 3. They include removing the legal prohibition that prevents the Health and Human Services Department from negotiating drug prices in Medicare Part D, international reference pricing and price inflation penalties.

But assuming the country and world moves on from COVID-19 thanks to swiftly developed vaccines, industry’s innovation argument against the bill may carry more weight. And Biden could chart a more moderate course on drug pricing and work with Congress on less extreme measures than HR 3 in its current form.

For example, Biden recently signaled support for another approach to drug price negotiation that is based on an independent assessment of comparative effectiveness data, as is done in Germany. ()

Launched in 2011, the German approach is based on a centralized assessment of manufacturer dossiers and other information on new drugs, a determination of how much added benefit they offer, and negotiation on a national price.

The process is overseen by a legal public entity known as the Joint Federal Committee, which governs physicians, providers and health insurance funds in Germany. The committee contracts with the non-governmental Institute for Quality and Efficiency in Health Care, known as IQWiG, for the dossier review and then makes a determination of value based on IQWiG’s assessment.

If a drug is shown to offer added value, the national organization representing insurers negotiates with manufacturers on a price. If no value is demonstrated, the drug’s price is capped at what is being charged for comparable drugs. The pharma industry believes that criteria for demonstrating value in the German system is too restrictive. But it may not look so bad compared to HR 3.