With Warp Speed Decisions Already Made, Transitioning To Biden Admin Should Be No Trouble, Slaoui Says 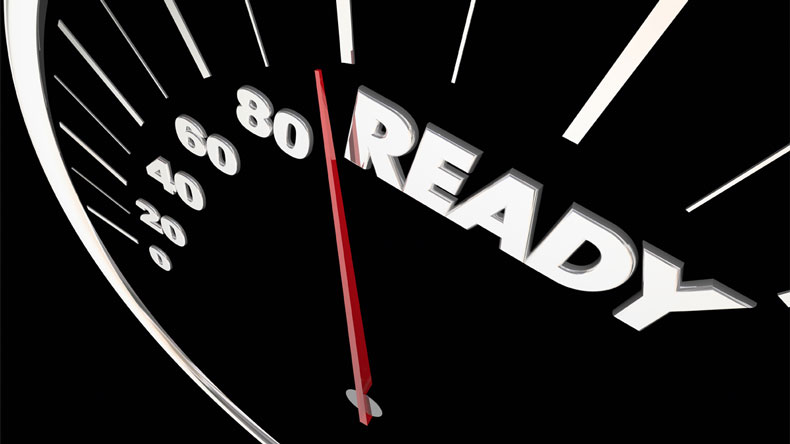 SLAOUI EXPECTS VACCINATIONS TO BE WELL UNDER WAY BY THE TIME JOE BIDEN IS INAUGURATED PRESIDENT IN JANUARY.

Operation Warp Speed may not need much tweaking when transitioning to the Biden Administration, since most vaccine planning will have already been completed.

OWS Chief Scientific Adviser Moncef Slaoui said vaccinations are expected to be under way when President-elect Joe Biden is inaugurated on 20 January and there should be little that the new administration will need to do when it comes time to take control of the program.

“As far as I can project, I think the transition for this operation should be a seamless, eventless event because frankly most decisions are made,” Slaoui said on 1 December during a Washington Post Live event. “The vaccines are being produced. Trials are being completed. We will be distributing.”

Biden already has released plans for fighting the coronavirus pandemic, including spending $25bn on manufacturing and distribution to guarantee every American can receive the vaccine at no cost. He also has pledged to put scientists in charge of all safety and efficacy decisions and publicly release clinical data for all approved vaccines, according to his COVID-19 plan.

OWS was created by President Trump to help speed development of coronavirus vaccines and therapeutics. Among the vaccine sponsors is Pfizer Inc., which has a purchasing agreement from OWS for its vaccine candidate, and Moderna, Inc., which received funding for development as well as manufacturing.

Both companies have filed emergency use authorization requests with the US Food and Drug Administration and have advisory committee meetings scheduled for 10 December and 17 December, respectively. (Also see "Moderna Gets To Watch And Learn From Pfizer’s COVID-19 Vaccine Advisory Committee" - Pink Sheet, 30 Nov, 2020.)

In addition, OWS is coordinating vaccine distribution. Federal officials have pledged to begin shipping doses to states within a day or two of an EUA being granted. (Also see "Vaccine Distribution Priorities To Rely On Governors, Not ACIP, HHS Secretary Azar Says" - Pink Sheet, 24 Nov, 2020.)

Slaoui agreed that the elderly as well as health care workers should be among those first in line for the vaccine. He also said that healthy children and young adults likely will be the last groups on the priority list.

“My personal point of view is we should end with the least-impacted populations, which means really pediatric populations, the very young healthy adults,” he said. “Those are the ones where there is the least morbidity and mortality associated with this disease.” 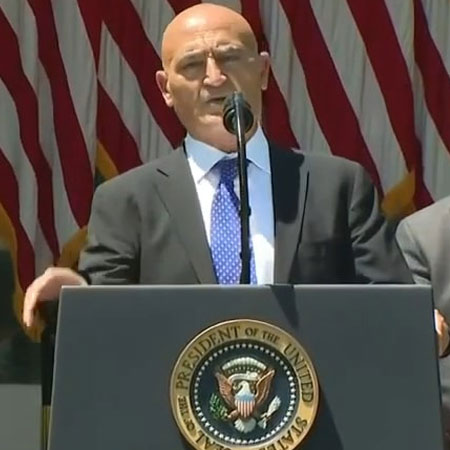 One reason children are not prioritized is because there is a lack of data on safety and efficacy in that population. Sponsors tested their candidates in adults first, but now are recruiting older children. Pfizer’s EUA request seeks use in patients as young as 16, but is testing patients as young as 12. Moderna also hopes to have pediatric data in time to be vaccinating children during the 2021 back-to-school season. (Also see "Moderna Targets 2021 Back-To-School Season For Pediatric Data On COVID-19 Vaccine" - Pink Sheet, 3 Nov, 2020.)

The Centers for Disease Control and Prevention’s Advisory Committee on Immunization Practices on 1 December recommended prioritizing health care workers and residents of long-term care facilities for vaccination while products are in short supply. (See sidebar.)

Slaoui also is pondering his exit from OWS, now that the program is nearing many of its goals. He said he intended to remain in the role until two vaccines and two therapeutics were approved and in use and the rest of the OWS portfolio was in a running state.

Multiple therapeutics now have been approved or received EUAs, two vaccines are on the cusp of clearance, and several others are in Phase III. Slaoui said he soon may move to a part-time role.

“I'm 100% committed to making sure that the operation continues to be successful, but I would think that on the other side of the Christmas break I can have more of a sporadic, from time-to-time, as needed, input and support and help [role],” he said. “Once my added value goes down, it's time for me to move on and go back to my non-public life, personal life.”