You Work In The Pharmaceutical Industry: Here's Why You Should Care About The Novartis Payments 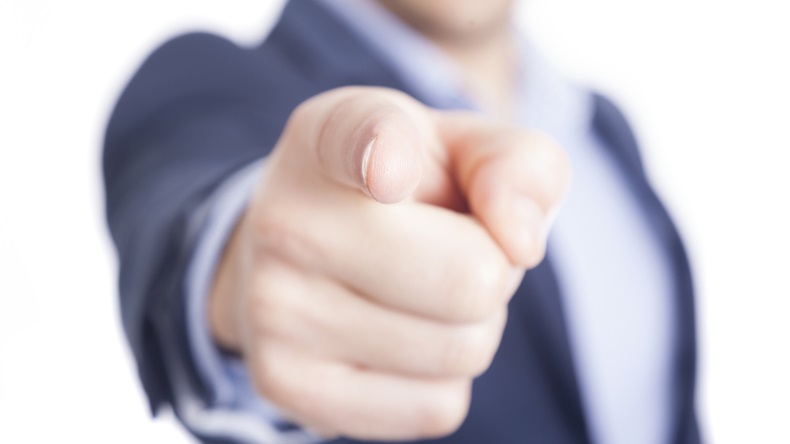 Breaking news that a major pharmaceutical player – Novartis AG – is linked up in the Donald Trump/Michael Cohen paying-off-a-porn-star fiasco took the industry by, well, storm May 8. The merits and legalities of Novartis' decision to pay what appears to be $1.2m to Essential Consulting, a company owned by Trump's attorney Michael Cohen, in 2017 will be debated, but at the end of the day, the payments have a glimmer of paying for access, and the whole affair puts the pharmaceutical industry back in the red when it comes to the balance sheet of public perception.

The payments raise a lot of questions. First and foremost, why would Novartis make these payments and what were they hoping to get in return? On that front, the company isn't saying. They did say they weren't able to get the service they had anticipated related to US health care policy. Novartis said in a statement that after an initial meeting with Cohen in March 2017,  it decided not to engage further, though they continued making monthly $100,000 payments because the one-year contract could not be terminated until it expired in February 2018.

Another question, though, is why does the industry keep finding itself muddled in scandals that reflect so negatively on a business area that does so much that is good. Just last year it was Allergan PLC that drew criticism for linking up with a Native American tribe to essentially try to block generic Restasis from entering the market. ( (Also see "Allergan May Rue Mohawk Tribe Deal As Court Invalidates Restasis Patents" - Scrip, 16 Oct, 2017.)) Before that, it was Mylan NV that was caught up in an investigation over price increases forEpiPen. ( (Also see "Investors Relieved As Mylan Settlement Avoids Investigation" - Scrip, 11 Oct, 2016.)) Of course, there is Martin Shkreli, who ended up in jail. The industry likes to point fingers at "bad actors," but there seems to be more than enough negative publicity to go around.

Lobbying is hardly new when it comes to pharma and public policy, and lobbying is entirely legal, as is paying for health care consulting. No one is charging that Novartis did anything illegal.It is hardly the only pharmaceutical manufacturer who was anxious for insights into Trump after he was elected president in November 2016; many firms hired lobbyists to predict and better prepare for the new administration. The CEOs of several US-based drug companies visited the White House to meet with Trump just after his inauguration in January 2017, eager to have his ear on issues like tax reform and drug pricing. ( (Also see "Carrots and Stick: Biopharma At The White House" - Pink Sheet, 31 Jan, 2017.)) But this particular scenario has some strange considerations to it, most notably why would Novartis expect Michael Cohen to be able to offer health policy expertise?

Narasimhan just talked during the company's first quarter earnings call April 19 about having dinner with President Trump in what, in hindsight, sounds like a public relations landmine. He was commenting on his positive outlook on any upcoming changes to the US drug pricing policy, pointing to encouraging conversations with FDA Commissioner Scott Gottlieb and CMS Administrator Seema Verma, as well as takeaways from dinners with President Trump himself. ( (Also see "Novartis CEO Narasimhan Is Encouraged On US Drug Pricing Ahead Of Trump's Announcement" - Pink Sheet, 19 Apr, 2018.))

Novartis insisted the agreement predated Narasimhan's ascent to CEO and that he had no involvement in the arrangement "whatsoever." The company seems to be pointing the finger, but at who? The former CEO Joseph Jimenez, who departed early this year after a relatively steady run and a smooth transition? Novartis is also facing political bribery allegations in Greece, which adds another layer of context to the issue.

Novartis has confirmed that it cooperated with Special Counsel Robert Mueller's investigation into the matter as part of his investigation into the Trump campaign and collusion with Russia, which sounds like a different kind of landmine to navigate altogether. Novartis provided the information and "considers this matter closed," the company said.

The bigger impact, however, may be fallout from embarrassing publicity. News of these payments comes at an important time for Novartis, when the company is pivoting increasingly toward highly innovative medicines and a message of developing breakthrough medicines for critical diseases that are worth their high costs. As the company's new CEO, Narasimhan has been an outspoken advocate in favor of the industry delivering value to patients and shaping the broader dialogue around a sustainable healthcare system. His tone has been refreshing, even as Novartis walks a difficult tightrope between delivering on innovation and pricing to value while launching a $475,000 a year cancer drug, the first-of-its-kind chimeric antigen receptor T-cell therapeuticKymriah.

Now these payments cast a shadow over that message and put a sour note on any broader drug pricing points Novartis will make – and perhaps the industry more broadly. And this news breaks as President Trump is set to deliver a speech, already once delayed, on drug pricing May 11.

That raises another important point. US drug prices has become a fearsome topic for the industry to navigate and public perception of the industry continues to erode even as pharmaceutical manufacturers move closer to delivering potential cures for some of the most serious diseases.

Wells Fargo analyst David Maris warned in a May 2 report the US is on a long-term arc headed toward drug price controls. He said industry and investors do not see the trouble brewing. ( (Also see "A US Drug Pricing Rebellion Looms, Analyst Says " - Scrip, 2 May, 2018.))

For all of industry's talk, it doesn't feel like pharma executives always accept the extent of the industry's public image problem. Maybe the people who work in pharma see so much of the science, the hard work, the investment and the slow, steady progress that benefits human health that they just can't see what the person picking up the unexpected prescription for an unwanted ailment at the pharmacy counter sees.

Maybe it is time to end the finger-pointing. No more it was them, not us. The problem is the industry's and it affects everyone.