Therapeutic Progress Amid Political Turbulence: Could 2017 Be Pharma's Year?

Delivering clinical advances in areas including immuno-oncology and Alzheimer's disease data while navigating the stormy seas of global politics could represent an opportunity for pharma to influence change. An uptick in sector M&A could also ensue if Trump offers US corporations a tax holiday. 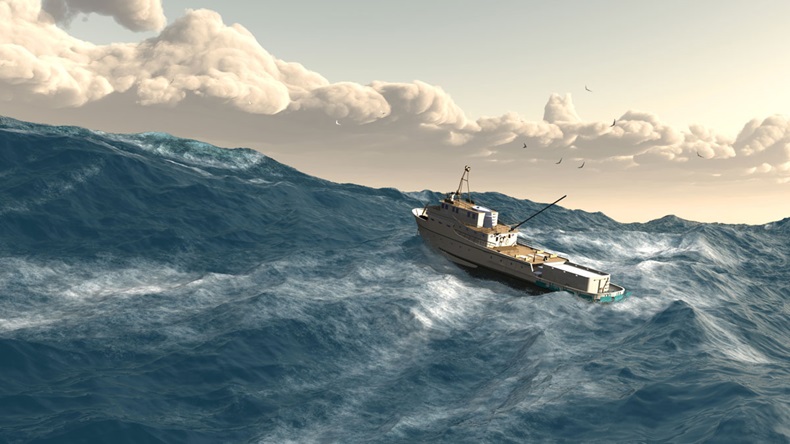 At the beginning of 2016, we expected the year in pharma to be dominated by immuno-oncology and M&A, with drug pricing questions, the US corporate taxation debate and fears about a bursting biotech bubble framing the picture.


Sure enough, immuno-oncology provided a constant stream of headlines throughout the year, and that won't change in 2017. Bristol-Myers Squibb Co.'s shock unseating from the IO throne when its PD-1 inhibitor Opdivo (nivolumab) failed a key lung cancer trial has left Merck & Co. Inc. poised to wrench the crown for Keytruda (pembrolizumab). Aside from the moving and shaking in the large and lucrative lung cancer market, among the plethora of IO monotherapy and combination trial read-outs and subsequent filings anticipated for the coming year, Keytruda is likely to be filed and approved for bladder cancer. This will turn the heat up further on BMS (Opdivo is awaiting an FDA decision for the indication), and on Roche, whose Tecentriq (atezolizumab) became in May 2016 the first US-approved PD-1/L1 inhibitor for bladder cancer.


AstraZeneca PLC is among the IO hopefuls that has yet to win a product approval. Key for the UK company will be the Phase III MYSTIC study of its PD-1/CTLA4 combination of durvalumab and tremelimumab, which should read out in January, enabling it to get a head start on other combinations for first-line non-small cell lung cancer. Other late-stage PD-1/L1 contenders include partners Pfizer Inc. and Merck KGAA; a number of Phase III data read-outs from their broad JAVELIN clinical program for the PD-L1 inhibitor avelumab will be reported in 2017, including in first- and later-line lung cancer.


Alzheimer’s disease R&D was hit by the recent failure of the hotly anticipated Phase III EXPEDITION 3 trial of Eli Lilly & Co.’s amyloid-targeting solanezumab. The road to success in Alzheimer’s disease is strewn with failed drugs and the latest setback reinforced the uncertainty about the route and the destination. The amyloid hypothesis in the pathology of Alzheimer’s disease is under renewed scrutiny, and EXPEDITION 3 sheds fresh doubt on its relevance and practical suitability as a target to treat dementia. Companies including Roche and Biogen continue to develop products aimed at addressing the accumulation of amyloid plaques, and now stand at the front line after solanezumab’s failure. Another boost (or blow) to the field will come when Merck & Co unveils results of the Phase III EPOCH trial of BACE1 inhibitor verubecestat in July 2017.


Beyond the clinic, pharma will continue to be rocked by the uncertainties of global politics: the aftershocks of the UK's referendum vote to leave the EU and of Donald Trump's election as the next US president will be felt throughout 2017. So many questions hang over what the US's maverick new leader will do once he takes office: expect the unexpected. Over in Europe also, more than five months after Britons voted for Brexit, there is a notable absence of clarity on what happens next.

While confusion is unsettling, the pharma industry now has an opportunity to push its agenda in the US, EU and UK while governments ponder how to proceed. Pharma's importance as a driver of both economic growth and improved health should stand it in good stead.

In the US, Donald Trump may well implement a tax holiday, allowing US firms to repatriate the cash they have locked away overseas. If that happens, we can expect to see share buybacks – and M&A. Following a bumper year for corporate acquisitions in 2015, some of us anticipated another busy year of buying and selling in 2016, helped by a deflation of biotech stock prices. An absence of the kind of mega-deals that had been seen previously (and the cancellation in April of the $160bn Pfizer-Allergan PLC merger) meant that total deal value fell in 2016. Greater access to cash could reinvigorate the M&A market in 2017, with several companies having expressed an interest in bolt-on acquisitions. Increased competition in M&A following a US tax holiday could make it even harder for non-US big pharma like Novartis AG and AstraZeneca to clinch acquisitions, though.

One company that did manage to pull off a sizeable deal in 2016 was Shire PLC, with the purchase of Baxalta Inc. This was a noteworthy bounce-back after it had failed to become a part of AbbVie Inc., that takeover having been stymied by the US tax inversion crackdown. Shire is now looking to grow its turnover to $20bn by 2020, which would see it leap from being a top-30 pharma company to a top-15 company: not bad for a firm that expects to derive 65% of its sales from drugs for diseases with very few sufferers. Shire is one to watch next year; Celgene Corp. is another fast-growing member of the Scrip 100 which, with its flexible and varied approach to deal-making, harbors the power to surprise.

Finally, the goodbyes. In big pharma, we will see some notable CEO departures, as Lilly's John Lechleiter, GlaxoSmithKline PLC's Sir Andrew Witty and Novo Nordisk AS's Lars Rebien Sørensen retire, to be replaced by in-house successors David Ricks, Emma Walmsley and Lars Fruergaard Jørgensen, respectively. Changes at the top may lead to changes in strategy, particularly at Novo Nordisk as it struggles with the increasingly uncomfortable pricing challenges in diabetes.

Find out more about Scrip here.